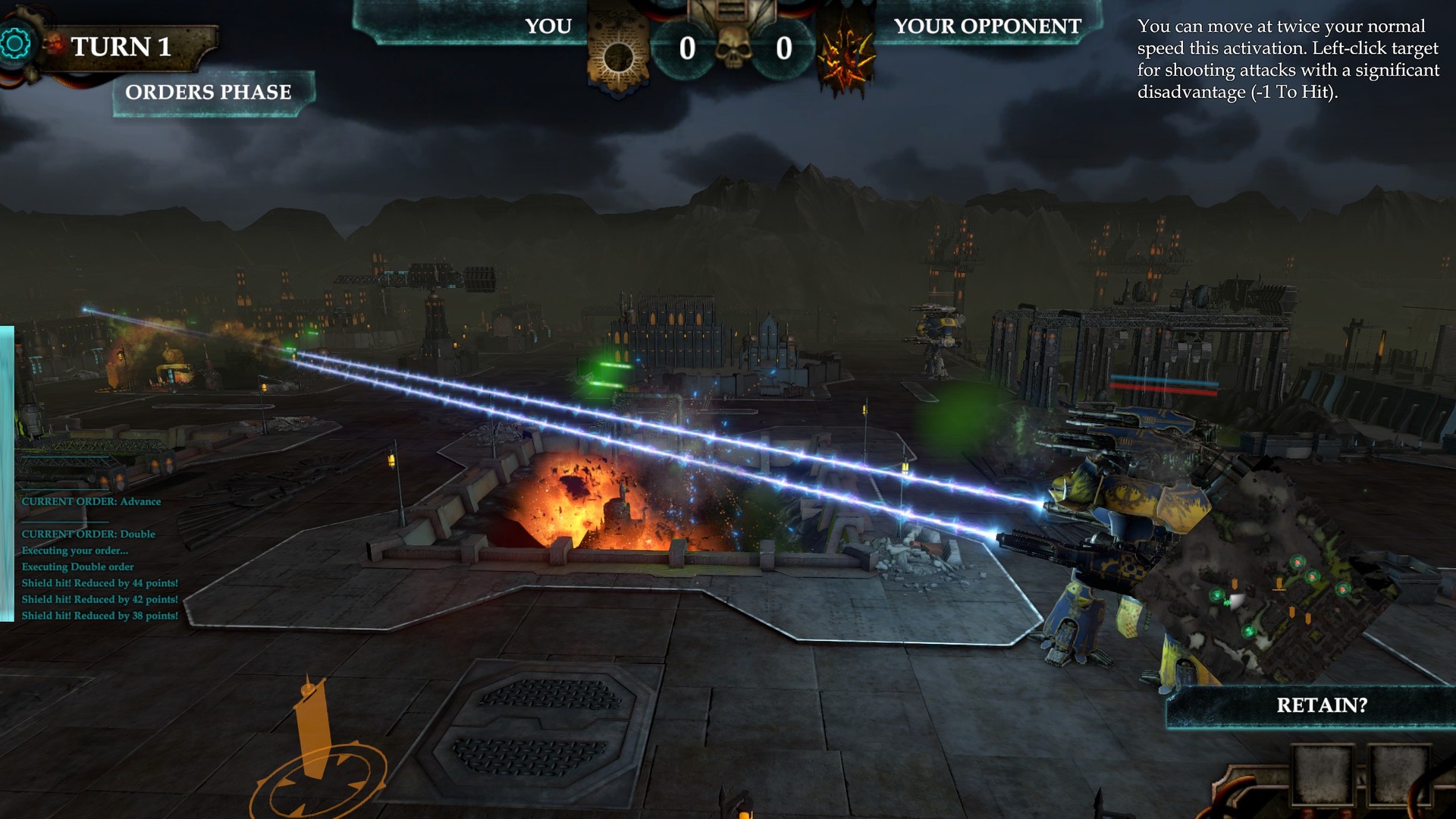 Adeptus Titanicus: Dominus, the 3D turn-based strategy PC game adaptation of Games Workshop’s Titan Legions tabletop game, puts you in control of the greatest weapons available to the Imperium of Man, the mighty Titans of the Adeptus Titanicus! It was produced and published by Membraine Studios in LL.

The system requirements are low, but it's recommended to have a dedicated graphics processing unit for successfully playing AT:D. GeForce GTX 950 or better GPU is needed.