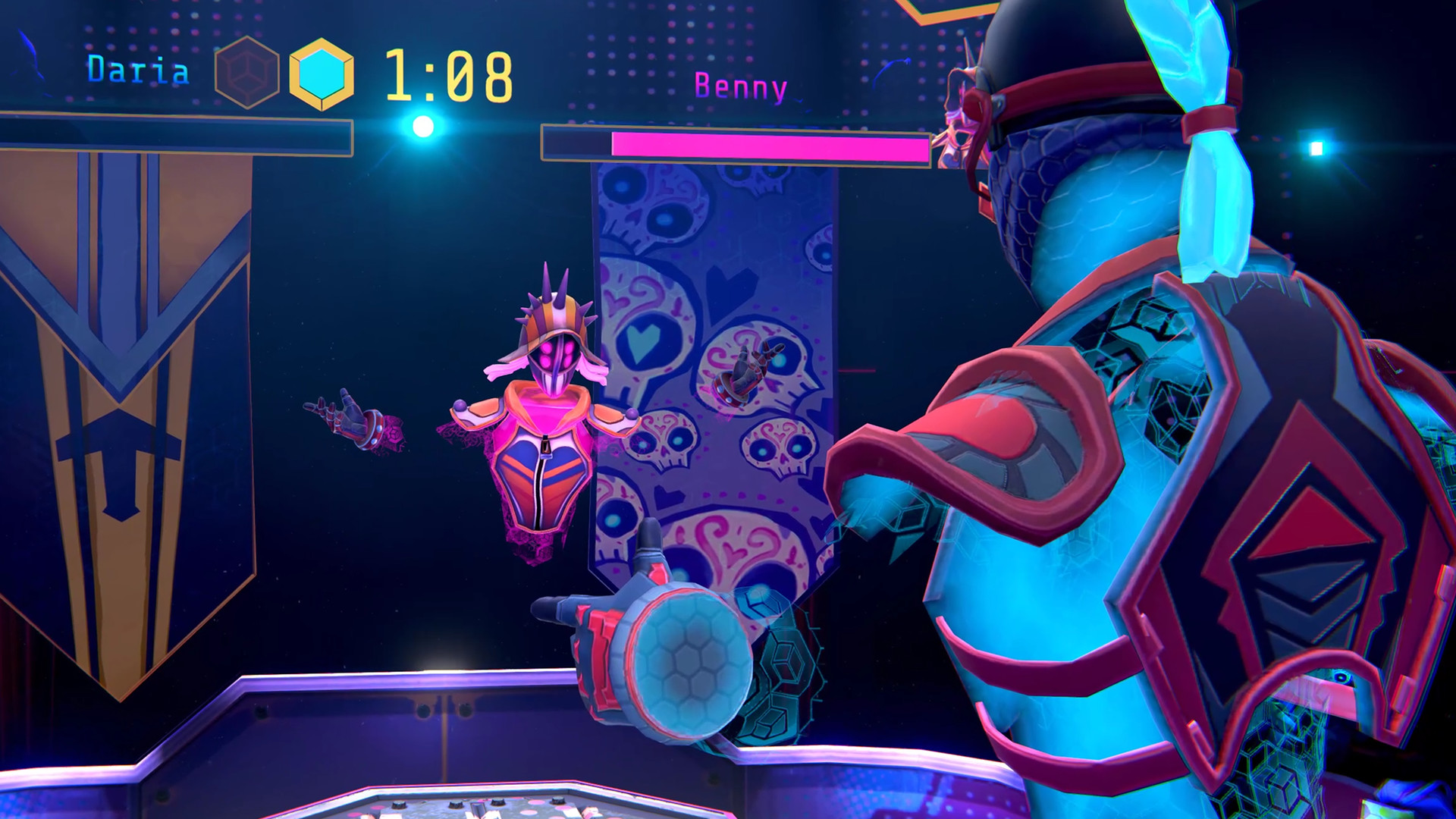 Blaston is an action game produced and published by Resolution Games in December 2020. In the slow motion bullet-hell of Blaston, you duck, dodge and weave to evade incoming attacks while preparing your dazzling next combos in a flash of skill. You feel like Neo and leave each session with your heart racing - super fun tactical workout. Most importantly, Never. Stay. Still.

The system requirements are demanding, and a gaming PC with a modern graphics processing unit is mandatory for successfully running Blaston. GeForce GTX 1650 or better GPU is required.