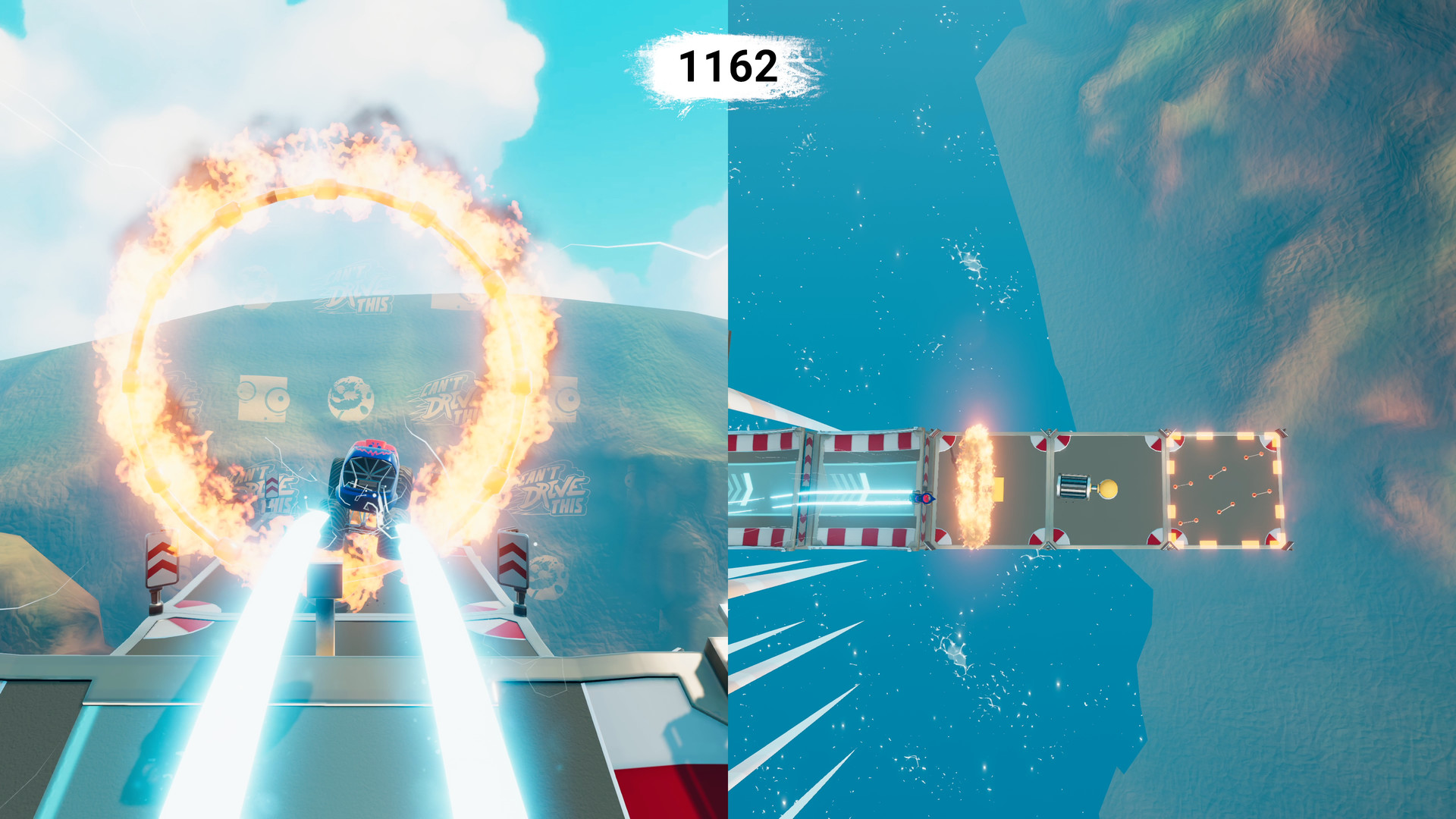 Can't Drive This is an indie racing game produced and published by Pixel Maniacs in LL. Race your monster truck WHILE your friend builds the road. Go too slow, and you'll EXPLODE. And yes, it's as chaotic as it sounds – especially in four player split-screen.

The system requirements are quite demanding, and a gaming PC with a modern graphics processing unit is needed for successfully playing CDT. GeForce GTX 1060 or better GPU is required.