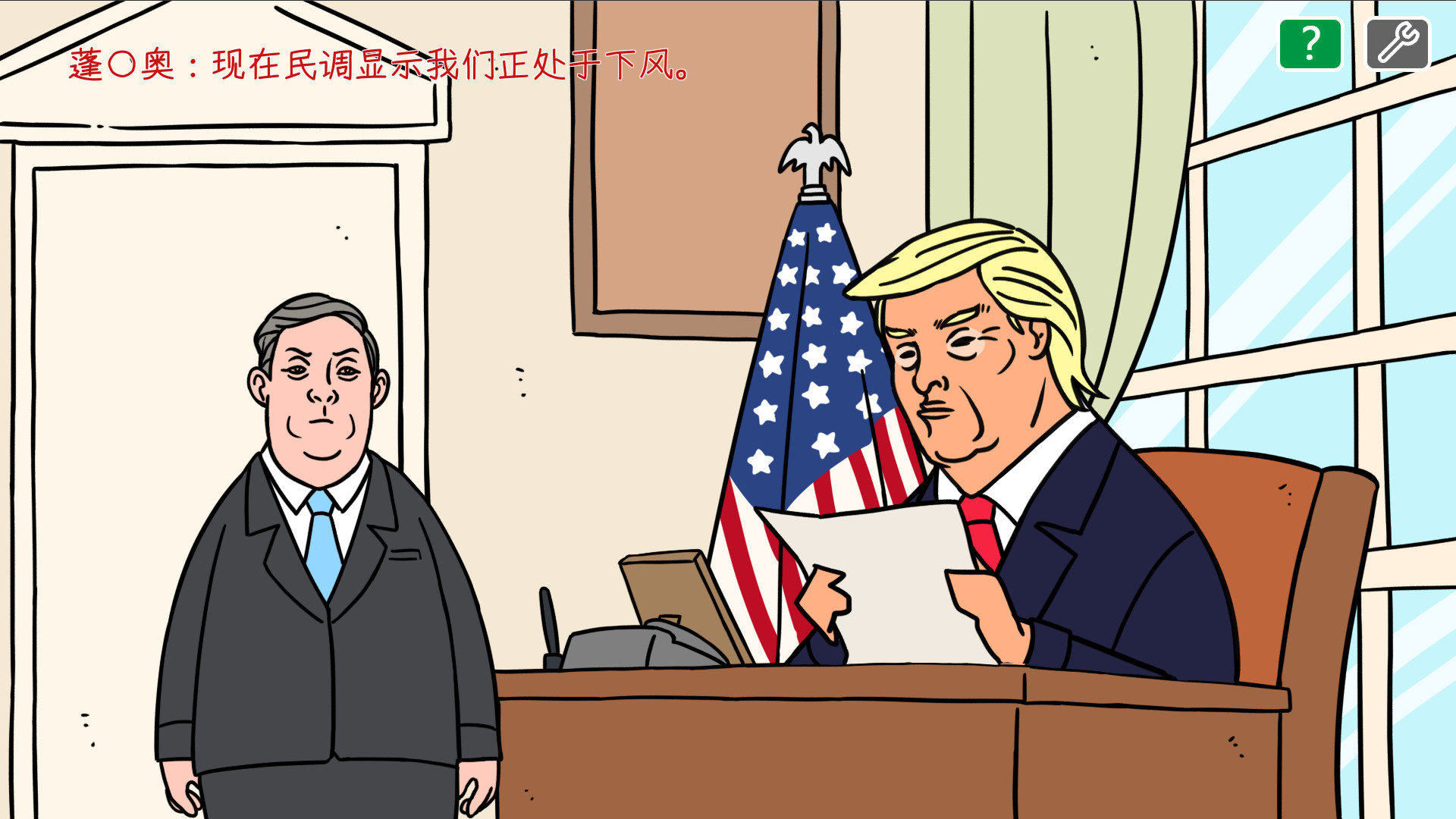 川建国同志想要连任/Comrade Trump's Re-election is an indie role-playing game developed by YEARS and published by 七彩绘色游戏 in LL. This game is for entertainment only. It does not represent any group or individual, nor does it represent or agree with any political views.A game simulating the re-election of Comrade Trump, let's write a hymn of loyalty.

The game is very lightweight to run; all new computers can play CTRe.