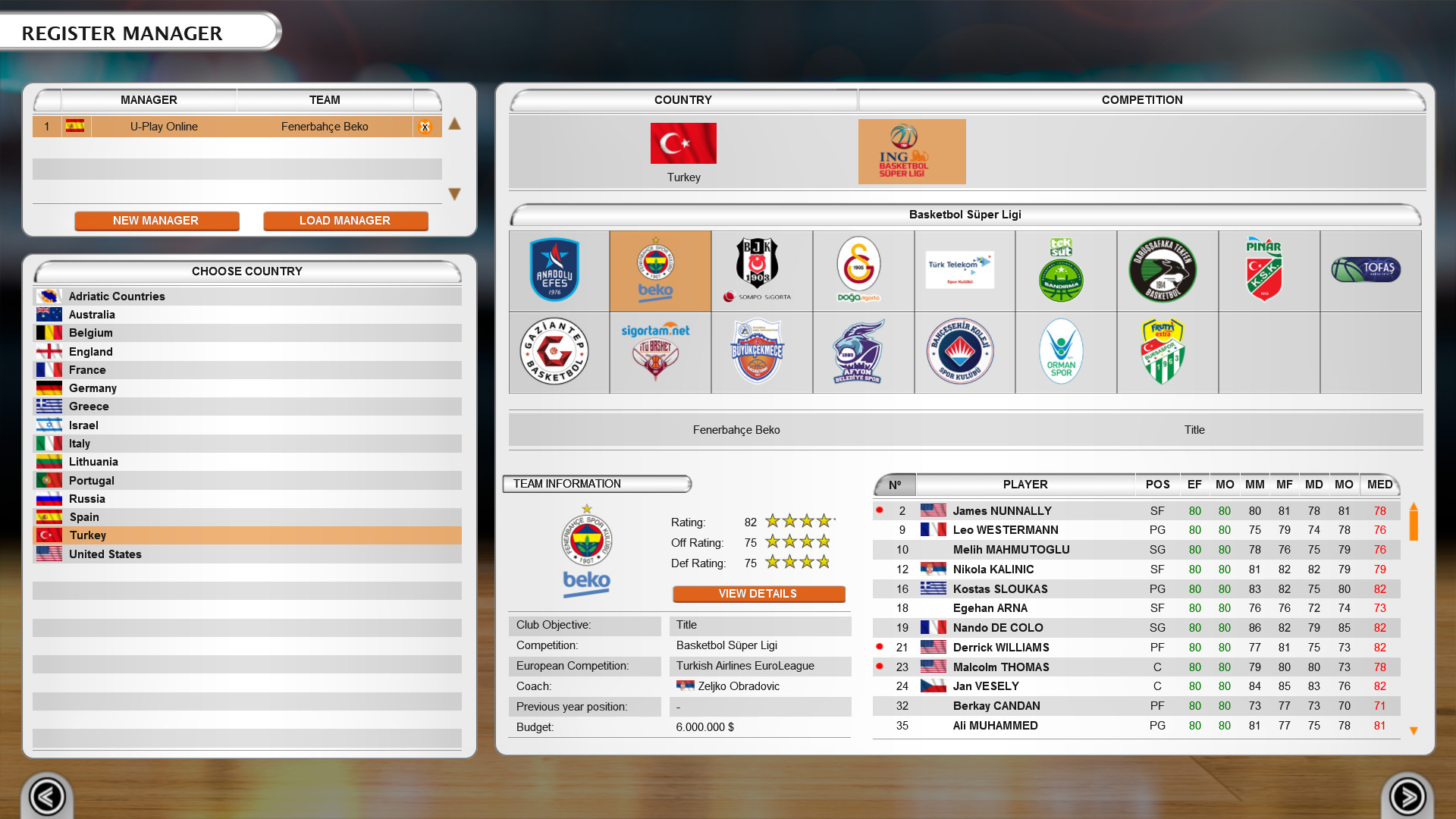 International Basketball Manager is finally back. It's an indie sports game produced and published by U-Play Online in LL. Lead a basketball club to the glory and train your squad to become the world’s greatest team of all. Featuring the official license of EuroLeague Basketball with the top 50 clubs in Europe, and the Turkish ING Basketbol Süper Ligi.

The system requirements are light; nearly any new computers will work for playing IBM.

Take account that at least 3gb of disk space is necessary.