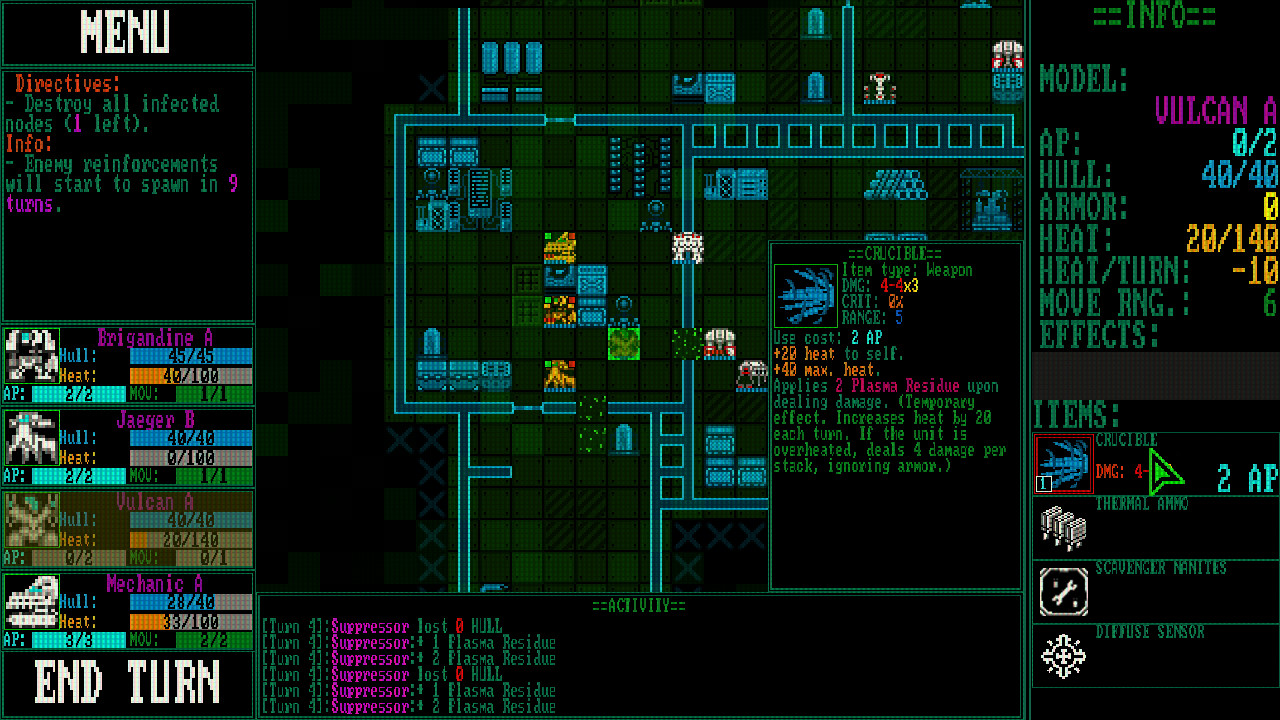 Mainframe Defenders is a strategy game produced by Synthetic Domain and published by Mega9pixel in February 2020. Turn-based tactics centered around gear and unit customization. It offers simple combat, high replayability, and tons of loot. Items don't just provide stats boost, but also offer distinct mechanics that can be combined into powerful builds.

The game is very light to run; all new computers can play Mainframe Defenders.