Medal of Honor™ Warfighter is an action game developed by Danger Close Games and published by Electronic Arts in 2012. The British SAS. The German KSK. The Russian Spetsnaz. The U.S. Navy SEALs … and eight more global Tier 1 units. For the first time in Medal of Honor, play as elite warfighters from around the globe. Written by Tier 1 Operators while deployed overseas and inspired by real-world threats, Medal of Honor™ Warfighter delivers an aggressive, gritty and authentic experience that puts you in the boots of today’s most precise and disciplined warriors. Track down real global threats, in real international locations, sponsored by real enemies. Featuring real-world hotspots in the single-player campaign and introducing international Tier 1 Operators in multiplayer, it doesn’t get any more authentic than Medal of Honor Warfighter.

The system requirements are modest, but it's recommended to have a dedicated graphics processing unit for successfully playing MoHW. GeForce GTX 465 or better GPU is required.

Also, note that at least 20gb of hard drive space is necessary, which has to be noted if you install many games. 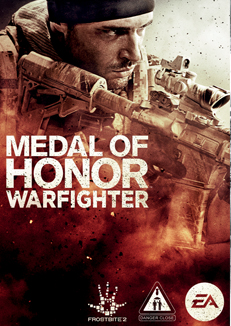