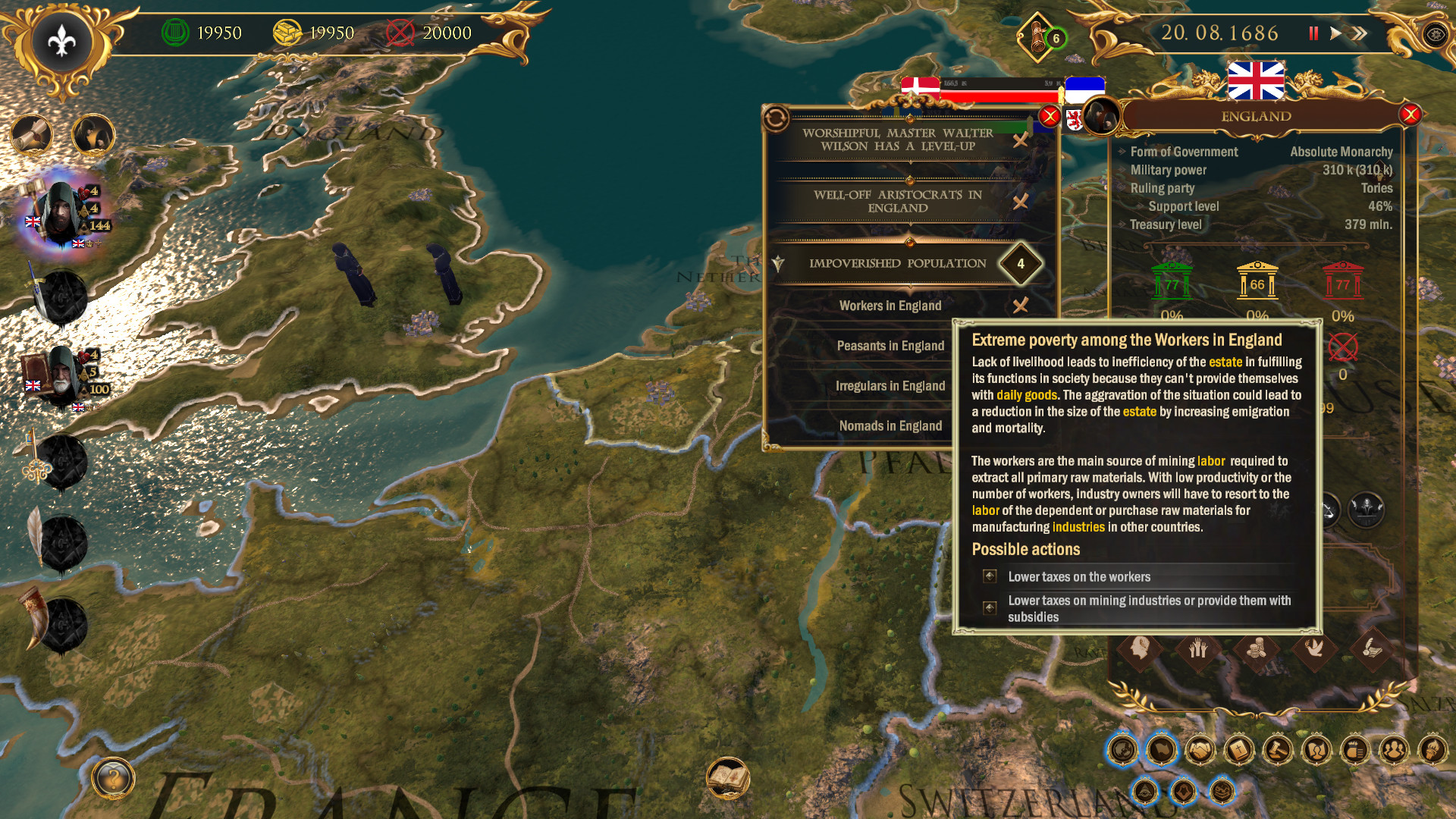 Secret Government is an indie game produced by GameTrek and published by 1C Entertainment in June 2020. A grand strategy game about leading a secret society that has ruled humankind from the shadows for centuries. Rewrite history as you pull the strings of fate and spread your influence across the globe, shaping the world's nations and future to your will from the 18th century to the present day.

The system requirements are generic; nearly any modern PC with a dedicated graphics processing unit is enough for successfully running Secret Government. GeForce GTX 750 Ti or better GPU is needed.

Take account that at least 5gb of disk space is needed.