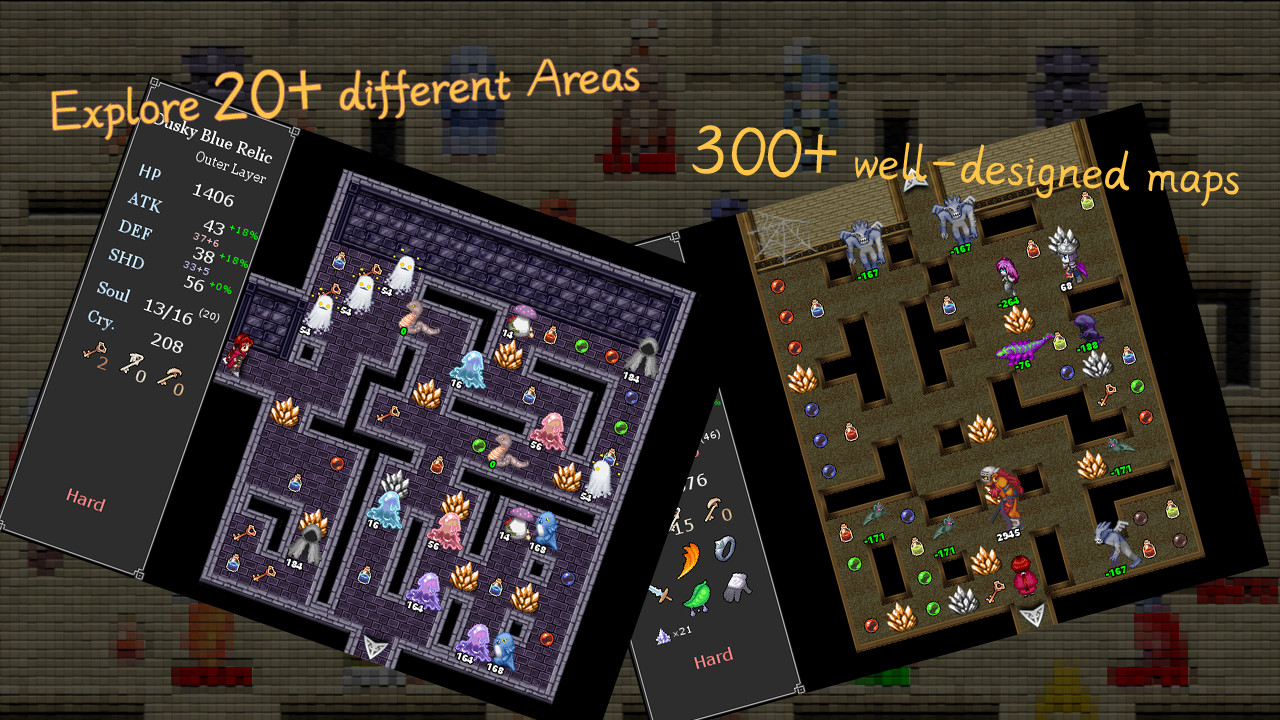 Soulestination is an indie adventure game produced and published by Zaxiquej in LL. "Soulestination" is a magic tower (fixed-value strategy RPG) game that incorporates meta elements. Players need to control Rovia as the savior, fight the enemy in the process of exploring the world, and gradually see the essence of the world.

The system requirements are light; nearly any new computers will work for playing Soulestination.