Compare Lenovo Legion vs other Intel i5 gaming PCs: 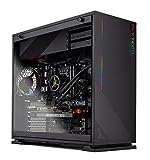 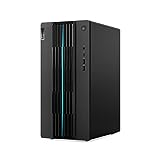 Featuring i5-11400F processor, you get ground-breaking gameplay, with impressive performance that lets you move faster, aim better, and bring your best to every battle. Watch games come to life with immersive visuals and responsiveness

The gamer-inspired look and feel of the Legion T5 gaming desktop begins with its robust and solid frame. It sports an ample range of ports and has a carry-handle in the rear—the building blocks of a true battle station. A blue LED logo illuminating the Raven Black casing, transparent side panel, and internal ARGB lighting round out the stunning design