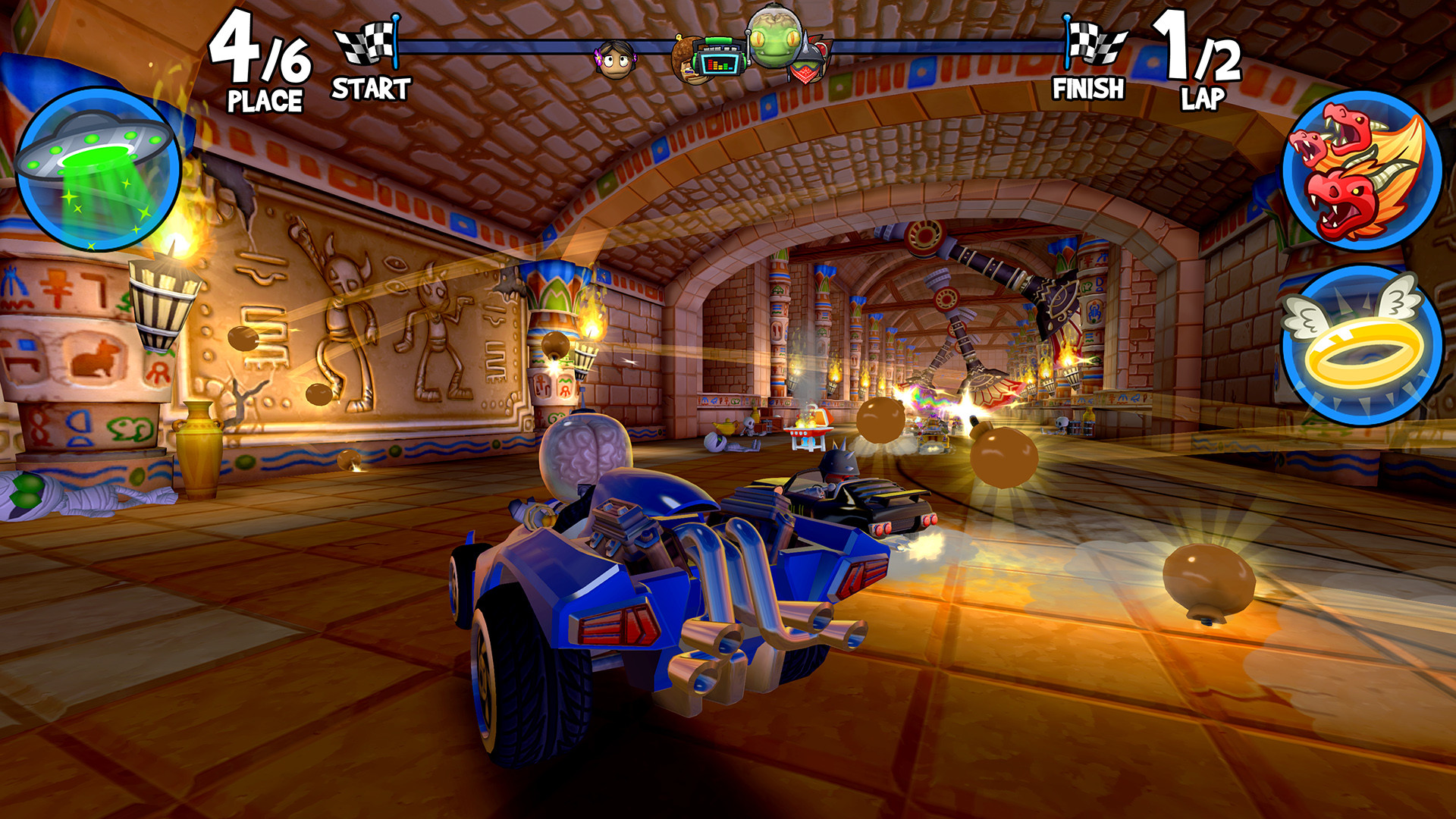 Beach Buggy Racing 2 is a mayhem-filled kart-racer with an emphasis on split screen fun and game rule customization. It was developed and published by Vector Unit in LL. Play solo or split screen with up to 8 players. Save your own custom rule sets of Powerups, laps, game modes and more. BBR2 gives you the keys and puts you in the driver seat.

System requirements for desktop computers as stated by the developer. Updated on September 19, 2020.

The system requirements are ordinary, and it's preferred to have a gaming PC with a modern graphics processing unit for successfully playing BBR2. GeForce GTX 660 Ti or better GPU is needed.